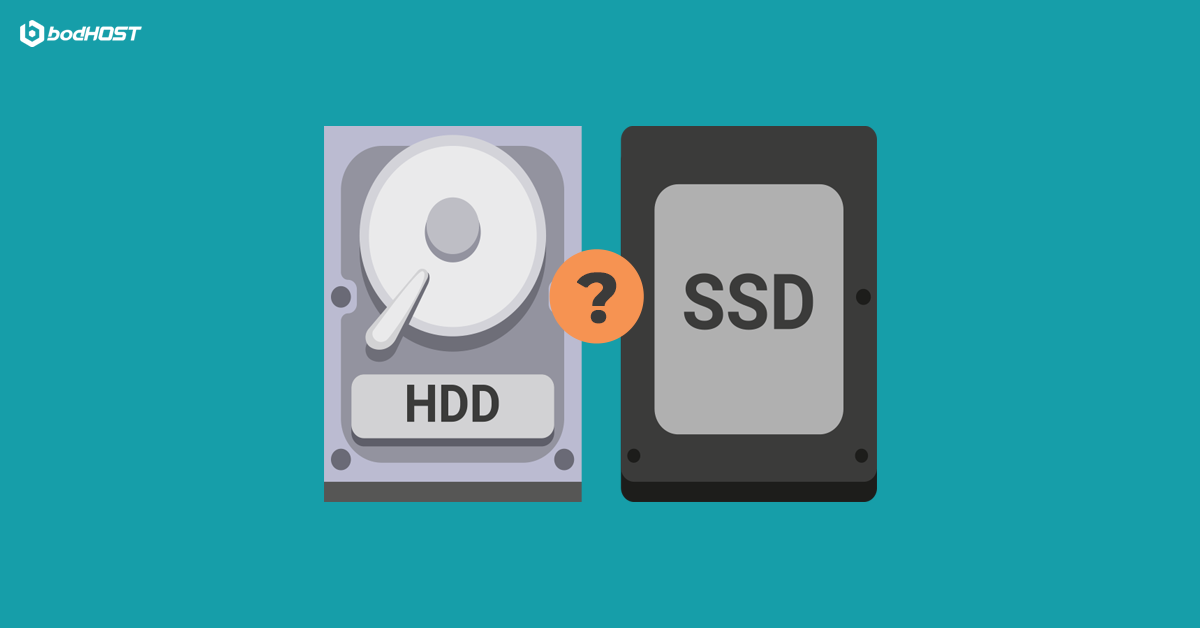 The world of today has changed and evolved into new ways and methods. Web hosting providers have developed and implemented information, data, and storage over the last few years. As web hosting companies have discovered, data storage systems have experienced a massive transformation. If we go back in time, web hosting services employed HDDs, also known as hard disc drivers, as their primary storage device. SSDs (Solid State Drives) are one of the greatest and most popular choices for web hosting providers when it comes to performance.

Based on whether you want Shared hosting, VPS hosting, Dedicated hosting, or cloud hosting, web hosting companies provide you the option of choosing between SSD or HDD, or both HDD and SSD. You could be puzzled as to what the difference between SSD and HHD is, so let us first define SSD and HDD hosting to better comprehend their distinctions.

What is SSD Hosting?

SSD stands for Solid-State Disk and is a type of disc that has no moving parts. They are more expensive than HDDs since they provide you with a lot more benefits. Due to its lack of moving parts, SDD is more dependable and expansive. They offer a rapid search and delivery speed, which helps to cut down on latency. SSD drives are commonly purchased with PCs, and web servers can sometimes be incorporated as well. You can now store your data on these drives in the same way that you would on your computer’s hard drive.

What is HDD Hosting?

HDD stands for Hard Disk Drive, and it is a traditional method of hosting that is still used by many hosting providers. One of the key reasons for hosting services is that HDD is one of the most cost-effective storage options when compared to SSD. Furthermore, it is simple to set up and use. It also enables hosting providers to spend a relatively small sum of money in exchange for a big amount of space, which they can then offer clients the infinite capacity to meet all of their requirements. HDDs have moving parts, which means they are less durable than SSDs. Furthermore, HDDs have a considerably higher risk of startup time, disc failure, disc fragmentation, and noise.

What is the difference between SSD and HDD?

Everyone wants their business to be safe and secure. When it comes to data security, HDDs have a higher chance as multiple moving elements might cause serious problems such as data loss or corruption. Backup systems are used by the majority of hosting businesses to eliminate these concerns. When a website receives a large quantity of traffic, though, the possibility of data loss remains.

When it comes to SSDs, there are no moving parts, therefore the risk of losing data or losing security is reduced. Because of their prolonged lifespan, their performance can deteriorate after several years of use.

One of the most significant aspects of operating in the business is speed. If you move slowly, your business will move slowly as well. SSD and HDD are preferable solutions for fast and optimum speed in your organization. When compared to HDD hosting, SDD hosting is 20 times faster in terms of storing and accessing data. Since HDD storage is sensitive, you can store sensitive data on a metal disc with a magnetic covering. The spins determine your storing speed and data retrieval; the faster it spins, the faster you obtain your data and the faster you can store your data without wasting time. However, to keep the disc from deteriorating, its speed must be maintained.

There are no moving parts in SSDs. While providing the same amount of base-level storage, they are substantially more efficient in reading and writing data. Rather than using moving parts, microchips are employed to store data and information. As a result, it resembles a memory stick or flash drive. There’s no reason to slow them down because they don’t need to rotate. As a result, they are substantially faster than typical HDDs at accessing and storing data. Because SSDs serve data quickly, a website housed on one will have substantially faster loading times. It can help your website’s search engine rankings and conversion rates, which could lead to success.

In comparison to HDDs, SSDs are less expensive. SSD producers may be able to reduce manufacturing costs because SSD is known for its rapid performance in the market. It has prompted the use of SSDs rather than HDDs in the market. Purchasing HDDs is still cheaper, especially when comparing gigabytes to gigabytes. However, SSDs are being applied on the majority of cloud-based hosting.

Budget hosts are mostly those that provide hard disc drive-based hosting since they can give their customers more cost-effective packages, such as cheap VPS hosting plans in India. While most web hosting companies have backup mechanisms in place to prevent data loss, a hard drive’s failure rate is another disadvantage. Hard drives are less expensive than SSD technology, but their rapid deterioration over time makes them more expensive. Hard disc drives, as well as backup and archive management, benefit substantially from offsite storage.

So, we’ve covered everything there is to know about SSD versus HDD, and we’ve determined that SSD is the ideal hosting option for your business website since it offers faster, safer, and more reliable drives. They will supply you with greater performance for your website and other hosting features because of the fast speed. A sluggish website will cause you to lose potential clients and raise your bounce rate. If you want a website that will provide you with a competitive advantage, SSD will always win out over its traditional version.