The term ‘Cloud’ isn’t new to anyone anymore. Neither has it remained new within the IT Industry. Rather it’s one of the most trending terms over the Internet today. The technology that was thought to be, was a couple of dedicated servers connected together within a single network, which resulted in the pooling of resources together. But today it has out-grown its core concept and has now evolved into a technology for just about everything. Where it was initially considered to be an IaaS & PaaS, now it’s SaaS, BYOD, Cloud of SAP, Cloud for ERP, Cloud for Storage and what not. 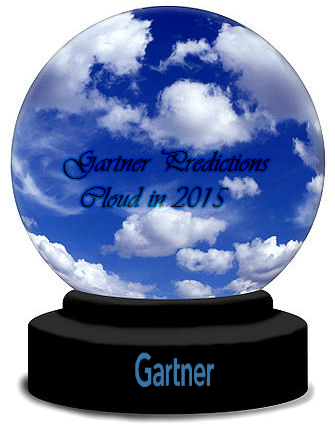 But, despite this rapid development, consumers aren’t much confident about the term for which the cloud would be able to deliver to the requirements. According to Gartner predictions, in the upcoming two years, Cloud computing and its solution providers would see an even more growth. Cloud computing would be the most relevant technology for most businesses and industries across the globe, it’s also expected to replace dedicated resource virtualization. A study was conducted by BSA-The Software Alliance where it ranked the top countries in terms of cloud environments. Based on the studies, Japan is observed to lead the hierarchy while US trending at the 3rd position in the rankings.

By 2015, Gartner anticipates that cloud computing will hasten the use of tools and automation in IT services, resulting in a marked increase in productivity levels for service providers and a reduction in their costs of delivery. These tools and automation solutions are expected to eliminate 25 percent of IT labor hours.

Gartner also predicts that nearly 20% amongst the non-IT Global 500 enterprises would compete with the IT organizations by offering cloud services by 2015.

To decrypt these predictions and compare it with the current developments, Cloud indeed looks more promising where the companies and enterprises are expected to grow their investment margins each year by an approximated average of atleast 10% per year.

We’ve also observed an increasing demand for our Private Cloud services since the recent past. According to predictions based on the trending demands, approximately 75% of consumers would plan to implement their internal IT operations over a private cloud by 2014.

SaaS would also be the branch of the Cloud tree which would gain a rapid momentum by 2015, according to Gartner. It’s also estimated that more that 50% of the total number of enterprises in the developed countries would opt. for SaaS based cloud solutions by the end of 2015.

With the rapidly evolving technological advancements, organizations and enterprises that cope to match the industry developments, would have a competitive advantage by the end of 2015.