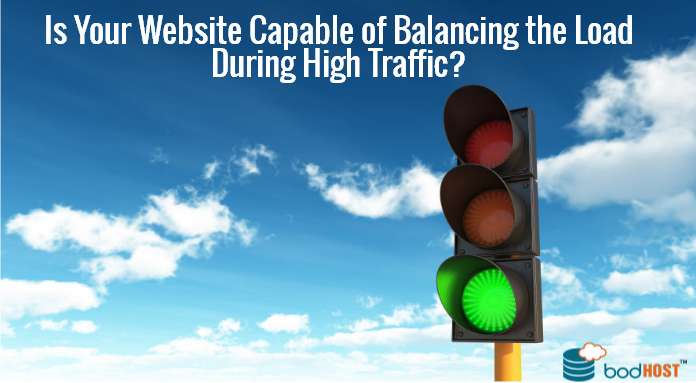 You might have heard the word “load balancing” several times but what do you think is that? The term defines the idea of dividing the work load equally among others when one person is unable to handle it. Similarly when we talk about web hosting it refers to distributing the load on single server to other server when a single server can’t handle it. When you click or type a web address you are routed through a host server to view the page. This means a load balancer spreads the “work” of running a website across multiple servers in order to ensure that the servers hosting the site aren’t overloaded.

Other than the website traffic size or the host, there are times when website may develop problems or generate high-traffic spikes leading to decrease in website loading speed or downtime. Adding a load balancer to a single server or cluster of servers is the only solution to handle the increased traffic, deal with activity spikes and keep the websites running.

Growth in Business, Data and Applications –

It’s a common observation that when the business grows, it generates more traffic to your website and if you have a single dedicated server, it won’t be able to handle the increased data. Definitely you will require high processing power, high up-link port capacity, more RAM memory and faster hard disk drives. Though the server might be an advanced one, it is going to reach its maximum capacity and this is where dual servers come into the spotlight. With dual servers, one server can be dedicated to handle the database while another can host the website and applications.

Furthermore, when your business as well as the website traffic grows, the need for the load balancer would be on the verge as the dual-server configuration won’t be able to balance the traffic. At this point load balancers play a significant role by enabling multiple servers to act as a cohesive unit. A load balancer splits tasks among multiple servers, shifts processes when a server malfunctions and provides redundancy to secure information.

Distributing all the traffic to one IP address among multiple servers with different protocols depending on the type of operating system, server and networking configuration is the key role of a load balancer. Processing loads don’t be limited one server as those get shared among multiple nodes. When you use a load balancer you get boosting speed and reliability without any service interruptions and loss of critical data. In order to distribute traffic to different nodes in the most efficient configuration, load balancers use custom software, hardware and methods.

Ensuring redundancy and limiting points of potential failure are the two common uses of load balancers.

While distributing the load on one server to other servers, security of critical data and processes is significant and this what redundancy does. Redundancy helps the IT managers to configure load balancers in such a manner that those can give first priority to ensure there is no data loss.

When there are less or no points of failure, the uptime increases and the non-responsive nodes can be bypassed by reassigning the data packets by load balancers.

Let’s read about the types of load balancers –

Round Robin or Static – This type of load balancer evenly distributes the traffic between all servers without considering the existing load as well as performance.

Least Connect – This load balancer sends new connections to the server in the pool with the least connections.

Predictive Node – Load balancer analyzes servers in the pool over time and trends. It allots traffic to the node which it predicts will soon have the best performance.

Since it’s the world of connectivity all want their website to be up and well-performing regularly as well as during high traffic. Load balancers have a key role of ensuring that the site is capable of performing these tasks. If you are worried about your website uptime and performance load balancers are the best solution and bodHOST would be fortunate to assist you in this.