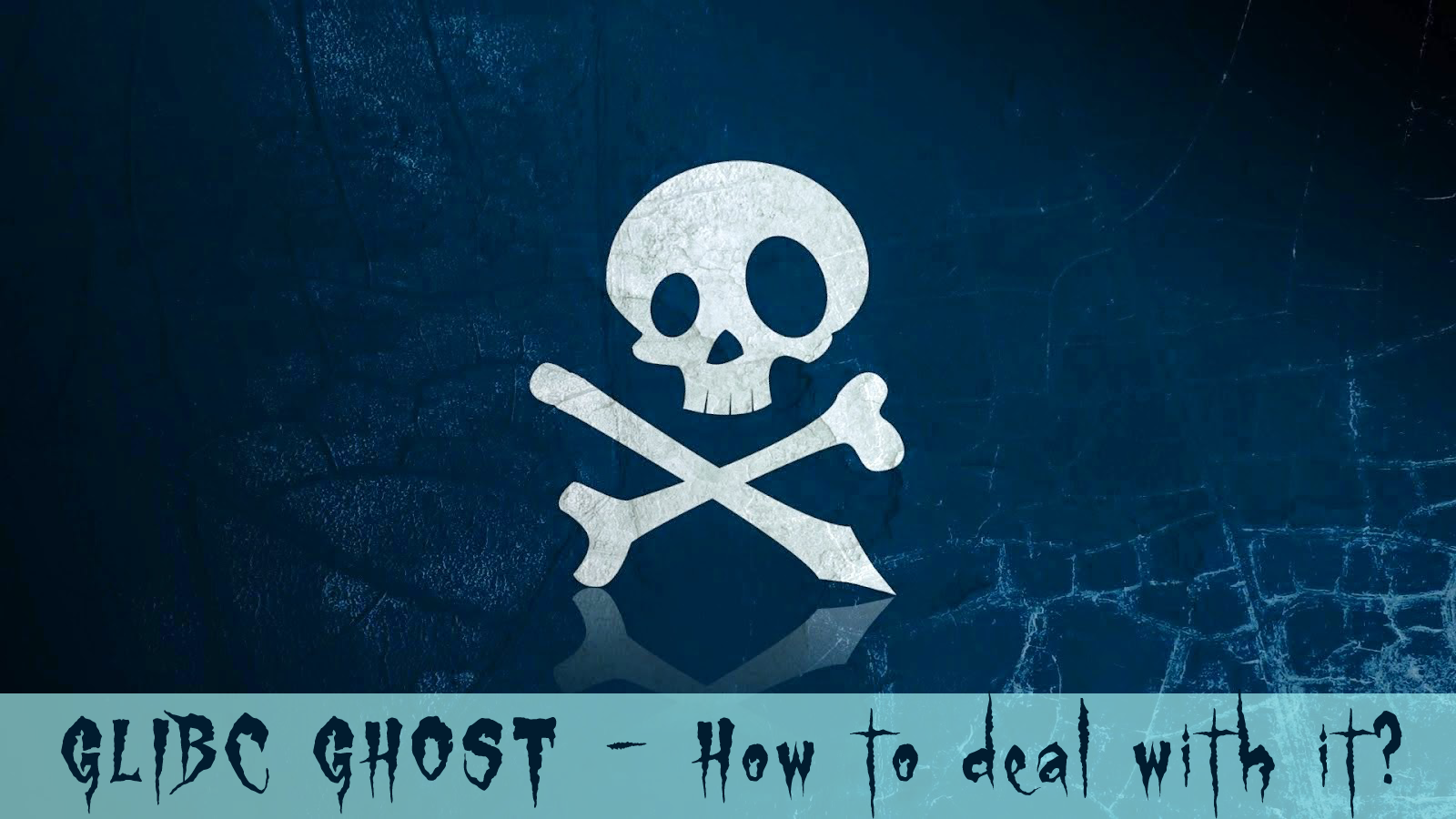 A critical vulnerability in the glibc library has been announced by Red Hat Product Security, assigned as CVE-2015-0235 and is commonly called as ‘GHOST’.

A buffer-overflow bug, GHOST affects the gethostbyname() and gethostbyname2() function calls in the glibc library. A remote attacker can make an application call to either of these functions to execute arbitrary code with the permissions of the user running the application.

The gethostbyname() function call is used for resolving DNS which is a very common event. This vulnerability can be exploited by an attacker by triggering a buffer overflow by offering an invalid hostname argument to an application that performs a DNS resolution.

There’s a lot of confusion on the need to reboot due to GLIBC GHOST bug. Is it really essential to restart ‘vulnerable services’ or reboot the server?

No doubt,  you have to restart vulnerable services, yet there is no need to restart the whole server – if you know what it is running (Note: – In shared hosting – we actually do).

To exploit this function, the attacker needs to be able to feed specially crafted ‘host name’ to the service. And service needs to process it without validating it first.

That is not a common condition. For example /sbin/init, while using glibc will not be exploitable at all using such bug. So, no need to restart it.

So, what can be potentially exploitable, and should be restart:

Proftpd, pure-ftpd,vsftpd,xinetd, tcp_wrappers, Syslog,MySQL/MariaDB –> are all considered safe – but should be easy to restart, if you feel like it.

Why so several people are confused with rebooting the server?

Unlike shared hosting servers — generic servers run various software — and it is really hard to predict which software are vulnerable and which are not. So, for them – the best way to go is to reboot.

In shared hosting — not as important.

In order to avoid the possibility of an exploit –

2. Now reboot the system or restart all affected services –

This vulnerability affects several applications on the system, therefore, the safest and recommended way to assure every application uses the updated glibc packages is to restart the system.

But if you aren’t able to restart the entire system after the update, run the following command to list all the running processes though you are using the old [in-built] version of glibc on your system.

When the list gets generated, identify the public-facing services and restart them. Though might be a temporary solution, it isn’t supported by Red Hat and if any problem arises, you will be asked to reboot the system prior to the beginning of any troubleshooting.